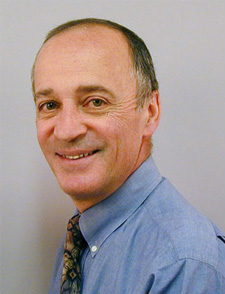 The Acoustical Society of America (ASA) will award its Silver Medal in Acoustical Oceanography to Robert C. Spindel, professor emeritus of electrical engineering at the University of Washington and emeritus director of UW’s Applied Physics Laboratory. The award will be presented on 28 October 2009 at the ASA’s 158th meeting to be held in San Antonio, Texas.

The medal recognizes "contributions to the advancement of science,engineering, or human welfare through the application of acoustic principles or through research accomplishments in acoustics." Spindel's award citation reads: "for implementation of ocean acoustic tomography and basin scale acoustic thermometry."

"To be recognized by your colleagues and friends and honored by the preeminent acoustical society in the world is the most satisfying tribute I can imagine"” says Spindel. "I’m deeply grateful to the society and to all my colleagues. They have made my work a joy, and they share in my honor."

Spindel’s research investigates how sound is transmitted in the ocean in order to improve the performance of systems used for sonar, underwater communication, and navigation. He is interested in developing methods that use underwater sound itself to measure properties of the ocean such as current and temperature. He earned a B.S in electrical engineering from The Cooper Union in 1965 and M.S. Ph.D. degrees from Yale University in 1966 and1971. Before joining the University of Washington, he served as chairman for the department of ocean engineering at the Woods Hole Oceanographic Institution.

Other awards that Spindel has received include the A.B. Wood Medal of the Institute of Acoustics in 1981, The Cooper Union's Gano Dunn Award in 1988, and the IEEE Oceanic Engineering Society's Distinguished Technical Achievement Award in 1990. He also was honored in 2001 with the Walter Munk Award, and with the U.S Navy Meritorious Civilian Service Award in 2003.