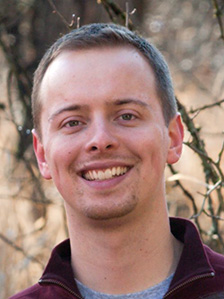 For the third year in a row, an EE student has been selected as one of the Dean’s Medalists!

Eric Arendt is a double degree student in Electrical Engineering and Computer Science & Engineering, maintaining a cumulative GPA of 3.86. He stands out not only as an exceptional student, but as a leader and mentor as well. Eric has served as the TA student coordinator for CSE; served as the Eta Kappa Nu (EE/CMP E Honor Society) President in 2007-2008; received countless scholarships including the UW Undergraduate Scholar award from 2004-2006; and perhaps most impressively was awarded the esteemed Bonderman Travel Fellowship in 2008-2009, traveling solo through more than ten countries over a nine month period.

Dean's Medalists are selected based on academic excellence, research and industry experience, campus and community involvement, and faculty recommendation letters. The winners will be honored at the Community of Innovators Awards ceremony on June 1.

We are very proud of Eric!