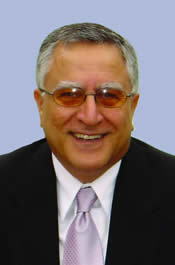 “I was pleasantly surprised; there are a number of schools that apply and the Western Region is very big,” El-Sharkawi said. “What I think made me stand out is the four textbooks I wrote and the online training courses I helped create.”

With 35 years of experience, El-Sharkawi has taught undergraduate and graduate students as well as short courses for professionals throughout the world. Working with Professor Anjan Bose from Washington State University and colleagues, he developed online courses for power engineers, called the Northwest Workforce Training on Smart Grid, which more than 1,000 engineers have completed.

El-Sharkawi was selected for the award because of his commitment to students, said Sheree Wen, Chair of IEEE Seattle. Striving to expand the knowledge base of students with the latest discoveries, El-Sharkawi is a frequent keynote speaker at conferences and workshops. He also is known for using a cognitive learning model that is geared toward the new generation of engineers, allowing them to design and improve various technologies.

“Professor El-Sharkawi is very much an innovative and passionate educator in addition to being an inventive scientist,” Wen said.

El-Sharkawi specializes in a variety of subject matters, including renewable energy, wind energy systems, smart grid and intelligent systems and their applications. A Fellow of IEEE, he joined the University of Washington faculty in 1980 after completing his Ph.D. in Electrical Engineering at the University of British Columbia. In his time at UW, El-Sharkawi has served as Associate Chair and the Chairman of Graduate Studies and Research.