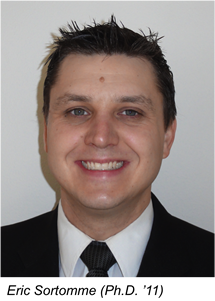 UW EE alum Eric Sortomme (Ph.D. ’11) has patented a new system he designed to provide a framework for the optimal charging of electric vehicles. The system may pave the way for a vehicle-to-grid (V2G) system that is capable of charging electric vehicles in the Seattle area, as well as returning extra energy to the grid.

“The hope is to start a vehicle-to-grid service to start controlling the charging of local Teslas,” Sortomme said.

With a V2G system, plug-in electric vehicles communicate with the power grid to both charge and return unused or stored energy. Since cars spend the majority of their time parked, the concept is that batteries in electric vehicles may be used to store excess energy during times of low demand, such as during the night, which would then be returned to the grid during peak usage times.

Efforts to date to determine a strategy for consuming energy from and providing energy to the electrical grid have proven inadequate for various reasons, such as requiring specialized hardware. Sortomme’s patented system does not require modifying existing electric vehicles, charging stations or infrastructure. Instead, optimized algorithms regulate the flow of electricity. 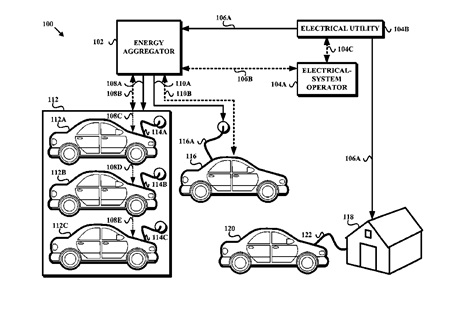 Sortomme’s patented system details methods, systems and devices that enable the efficient control of power draws from electric vehicles. To do so, an energy aggregator is employed, who facilitates the electricity usage of customers according to demand. According to the patent, the energy aggregator can regulate the power draws for electric vehicles and may determine a power draw schedule based on various factors, such as the amount of time needed to complete charging, the current charging level of the vehicle, and the financial benefit of returning power to the grid.

Since graduating from UW EE, Sortomme has worked at Alstom Grid NMS (recently acquired by GE) and as an adjunct professor at UW Bothell. He specializes in power systems analysis, control and optimization and researches new methods to integrate renewable energy and other smart grid technologies into the distribution grid.