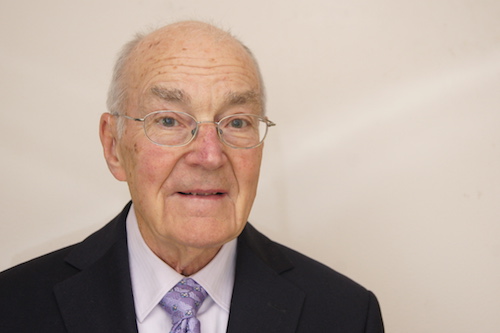 For Milton Zeutschel, BSEE '60, growing up on a farm in North Dakota, where he routinely fixed anything that broke, led him to become a successful entrepreneur.

"If anything went wrong, we had to figure out how to fix it," Zeutschel said. "Starting my own businesses, I was also doing many different things."

One of four UW engineering alums to be honored at the Diamond Awards on Friday, May 8, Zeutschel will be recognized for significant contributions in engineering.

"I was elated," Zeutschel said about finding out about the award. "I'm getting an award for something that I've always wanted to do."

Following high school, Zeutschel joined the U.S. Navy, where he attended electronic school and first became interested in the field. When discharged from the service, he enrolled at the University of Washington, where he pursued a bachelor's degree in electrical engineering. Of the 10 children in his family, Zeutschel was the only one to go on to college.

The success of his companies, Zeutschel said, was from pursuing areas that weren’t saturated already, to minimize competition with existing, and well-funded, companies. From his many years of experience, Zeutschel advises aspiring entrepreneurs to pursue a well-rounded education.

"You have to know a lot about finances, commercial law and all of those kinds of things in order to make decisions and stay out of trouble," he said.