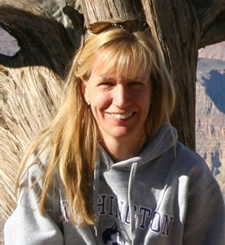 A paper that EE Professor Denise Wilson co-authored, titled “How and Why They Choose What They Do During Early Career,” is the recipient of the 2015 ASEE Denice Denton Award for women in engineering.

A collaborative effort between Wilson and faculty at Calvin College and Seattle Pacific University, the paper investigates why and how engineering graduates make career path decisions while in their early-to-mid careers. According to the paper, exit rates from engineering careers are highest in the first 10 years following graduation. Therefore, unlike the majority of workforce retention research, this study focuses on engineers who are in the first decade of their career.

Engineering alums from the three colleges involved were interviewed and the paper is based on discussions with 11 early career women and 11 early career men. The decisions the 22 engineers made were examined through the lens of gender differences and similarities as well as the self-determination theory, which states that behaviors that are autonomously motivated are more fulfilling.

The qualitative data gathered revealed certain patterns, namely that women are motivated differently than men, making them more likely to leave the engineering field. According to the paper, “Understanding these patterns will be helpful in identifying them among early career graduates in engineering and taking appropriate steps to support continued persistence in the field.”