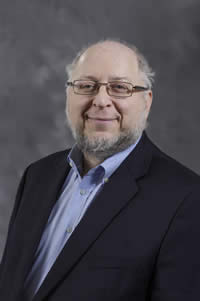 EE Professor Howard Chizeck has been appointed a 2015 UW CoMotion Presidential Innovation Fellow in recognition of the impact of his innovations and entrepreneurial success.

Chizeck’s nomination materials highlight his entrepreneurial success translating research into products. Early in his career, Chizeck founded Controlsoft, Inc., in 1985, which for 30 years has provided control algorithms and software for industrial uses and municipal water systems. More recently, Chizeck cofounded BluHaptics in 2013, which enables precision control of robots and drones and anticipates major expansion in late 2015. Chizeck was also involved in the inception of the Center for Sensorimotor Neural Engineering (CSNE) and has continued to be part of its leadership. Through the CSNE, Chizeck and his students have developed cutting-edge brain-computer interface technologies related to deep brain stimulation for the treatment of movement disorders such as Parkinson’s disease.

“Chizeck has a very strong record of entrepreneurial and intrapreneurial success throughout his career, and especially at UW. He has consistently demonstrated the ability to recognize the “missing pieces” needed for successful translation of ideas to products and therapies, and the skills to bring these ideas to fruition. We believe he is a stellar candidate for the award.”

“In the short period from 2012-2015, he has generated 9 pending patents filed through UW, as well as one provisional patent (not yet converted). These result from 19 Reports of Invention to UW. These patents and inventions are in four different topic areas: haptic control for telerobotics (including surgical and undersea operations), telerobotic security, neural security, and neural engineering. These recent patents are in addition to three issued patents from earlier in his career.”