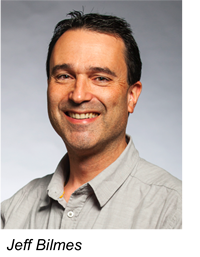 The impact of Professor Jeff Bilmes’ master’s thesis on music perception is gaining attention, featured in an Inverse article on November 9, 2015. In 1993, while Bilmes was a student at MIT, he proposed a concept that paved the way for automated music personalization, which is used by companies such as Pandora.

Inspired by famous jazz pianist Art Tatum, Bilmes’ master’s thesis proposed a new theory, which he named a “tatum.” The concept, which defines the rhythmic structure of a song according to units of time, has led to the development of algorithms that allow the composition of music to be understood by computer programs.