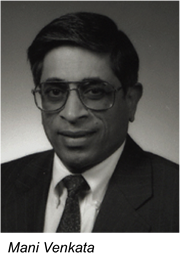 S.S. (Mani) Venkata, a former UW EE professor, has been honored with the IEEE Power & Energy Society Douglas M. Staszesky Distribution Automation Award. The award recognizes Venkata’s contributions to the automation of electric utility distribution systems, which carry electricity from transmission systems to individual consumers. The award includes a scholarship to a school of Venkata’s choice, which he is directing to UW.

Since 2011, Venkata has been a principal scientist at Alstom Grid, located in Redmond, WA. For 17 years, Venkata was a professor at UW EE and served as a founding director of the Electric Energy Industrial Consortium from 1979 to 1996. Prior to joining Alstrom Grid, he was professor and chairman of the ECE Department at Iowa State University and Dean of the School of Engineering at Clarkson University, Potsdam, New York.

In the past 45 years, Venkata has interacted with more than 35 utilities and industries, working on research, design and development. He has published and/or presented more than 375 publications in refereed journals and conference proceedings and co-authored the book Introduction to Electric Energy Systems.

A Life Fellow of IEEE, Venkata has been a member of the IEEE Fellows Committee since 2010. For the IEEE Power & Energy Society, he is chair of the Smart Grid R&D Committee and previously served as Vice Chairman of the Technical Council and was a member of the PES Executive Committee and Governing Board. In 1996, Venkata received the Outstanding Power Engineering Educator Award from the IEEE Power Engineering Society and the Third Millennium Award from IEEE in 2000.