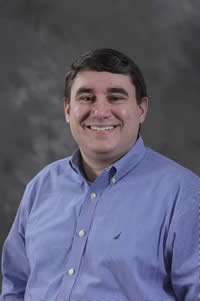 Professor Matt Reynolds, who holds a joint appointment in Electrical Engineering and Computer Science and Engineering, has been appointed a UW CoMotion Presidential Innovation Fellow in recognition of the impact of his innovations and entrepreneurial success.

The nomination materials highlight Reynolds’ success with transitioning technology from the research lab to the market. The cofounder of three companies, two of which have been acquired (ThingMagic and Zensi), Reynolds cofounded SNUPI Technologies in 2012, which has raised more than $12 million in venture capital. Reynolds also actively collaborates with industry via his research program and is involved in expanding the innovation curriculum across campus through his work with the UW Global Innovation Exchange Curriculum Committee.

“Dr. Matt Reynolds is, in my view, one of the most innovative engineers who I’ve had the luck to collaborate with. He easily grasps the challenges of the 21st century where technology and biology are becoming ever more intertwined, especially in very hard to acquire neural data. Matt’s work will ultimately have a significant impact on the burgeoning domain of neurotechnology.”

“Matt joined the UW faculty in the fall of 2013 and has since become well known on the UW campus as one of our most entrepreneurial faculty. He has an outstanding record of translating research results into valuable intellectual property, with 23 issued US patents and over 45 US patent applications pending. In the past year, he has filed three more invention disclosures with CoMotion, all of which included UW graduate student co-inventors.”