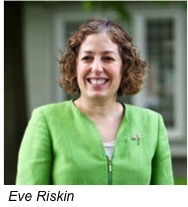 The technology, which achieved higher quality video at lower bandwidths, was designed specifically for people communicating via American Sign Language (ASL) on mobile devices. The impetus behind the research was the low bandwidth of U.S. wireless telephone networks, which has since improved, but makes it difficult for people using ASL to effectively communicate despite technology advancements such as phones with larger screens and video capabilities. The project was undertaken jointly with researchers from Cornell University.