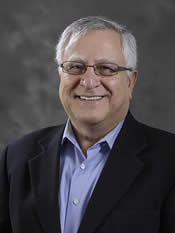 Professor Mohamed El-Sharkawi is the recipient of the International Fulbright Fellow Award. The three-year grant allows El-Sharkawi to spend three months each year participating in ambitious renewable energy research in Morocco. By 2020, Morocco plans to produce 40% of its energy from renewable resources. To achieve this, five solar power plants are being built and wind farms are being constructed.

El-Sharkawi will assist the research institutes at Ibn-Tofail University in Morocco and the Institute for Systems and Computer Engineering in Portugal in their ongoing research. During his visits, he plans to form a team of researchers to participate in various aspects of renewable energy and smart grid. Technical subjects that he will focus on include grid friendly appliances, adjustable demand and peak shaving, wind and solar integration into power grids, and weather forecast.

A Fellow of IEEE with 35 years of teaching experience, El-Sharkawi joined the University of Washington faculty in 1980 after completing his Ph.D. in Electrical Engineering at the University of British Columbia. In 2014 he received the IEEE Outstanding Educator Award for the Western United States.

Sponsored by the U.S. government as the leading international educational exchange program, the Fulbright Program promotes collaboration between the U.S. and other countries. Fulbright alumni include judges, university presidents, ambassadors, cabinet ministers, heads of state and CEOs and have collectively been awarded 53 Nobel Prizes.