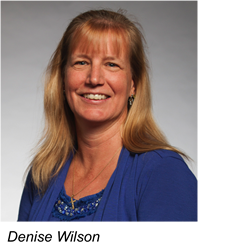 Testing a total of 65 wines from the top four states that produce wine in the U.S., including Washington, Professor Denise Wilson found that all wine samples contained concerning levels of arsenic.

The wine samples averaged 24 parts per billion while the Environmental Protection Agency’s regulated arsenic level for drinking water allows no more than 10 parts per billion. The arsenic levels in American wines were greater than levels found in other commonly tested foods such as apple juice, milk and rice syrup.

A related study, also undertaken by Wilson, concluded that the health risks associated with drinking U.S. red wines depend on the total amount of wine regularly consumed, as well as other foods known to be high in arsenic.

Wilson’s two studies are featured on the cover of the Journal of Environmental Health’s October 2015 edition.