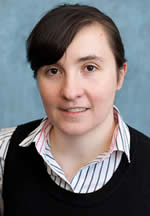 Ph.D. candidate Tamara Bonaci was nominated for her leadership, mentorship and cutting-edge research. Since joining the EE Department, she has been involved as a Research Assistant, Pre-Doctoral Lecturer, Teaching Assistant and mentor. Bonaci was also President of the EE Graduate Student association (GSA). According to Bonaci’s nomination, “What is amazing about Tamara is she continues to seize opportunities to give of her time and expertise to graduate, undergraduate and high school students while successfully balancing rigorous curriculum and research.” Bonaci’s groundbreaking research focuses on security and privacy of cyber-physical systems with humans. She is currently involved with two projects, investigating privacy and security issues of neural engineering systems, such as brain-computer interfaces and improving security of teleoperated robots. Her publications include an IEEE Conference best paper award, as well as a top abstract award and several patents. She has been interviewed by GeekWire and NPR All Things Considered. 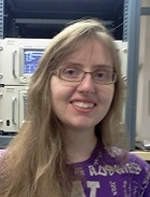 Senior Joanna Hamilton, who is concentrating in communications and electromagnetics, was nominated for her academic accomplishments, leadership and research. According to Hamilton's nomination, “Since Joanna joined our program in spring 2013, she quickly stood out, impressing faculty members with her creativity and innovation, leading to a research position in the Radar Remote Sensing Lab. She joined the EE/CS honor society HKN and received the Coltart Endowed Scholarship award, which the Coltart family, upon meeting her at the scholarship luncheon, insisted she receive annually until she graduated.” In the Radar Remote Sensing Lab, Hamilton designed a front-end gain and programmable attenuator for passive radar and during an internship with Keysight Technologies she developed programs that are now distributed with their signal analyzer, M90XA. After graduating, Hamilton will work for Boeing as a design engineer.

Congratulations to Bonaci and Hamilton!