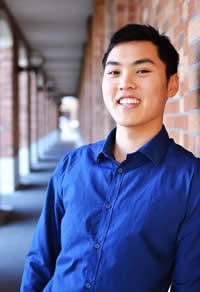 When Electrical Engineering Senior Jay Feng came across a publicly available data-set detailing 911 calls to the Seattle Police Department, he saw more than just numbers. He saw an opportunity.

Feng, who seeks out data analysis and machine learning projects for fun, decided to undertake his own analysis of the data. After downloading the data-set from data.seattle.gov, he did some exploring, which eventually led him to map crimes and predict urgency levels. After finishing the analysis, which took him just one month, Feng presented the results on his blog.

“Stories with data are by far the most interesting articles to read, because there's ample evidence for something that can be potentially shocking,” Feng said.

While noting that Seattle as a whole is a relatively safe city, Feng discovered that the most dangerous crimes happen in the Rainier Beach neighborhood, Martin Luther King Jr. Way and Aurora Avenue in North Seattle. He also noticed that the most false alarms, which are the sixth most frequent type of 911 call, originated in the Sand Point and Lake City neighborhoods.

While the police department already uses data analysis tools, Feng hopes that by further analyzing trends, police officers may be able to develop a more logical method for responding to urgent calls during busy times. By assessing both the urgency and location of calls, for example, they may be able to use quantitative data to inform which calls to respond to first.

“I learned a lot of problem solving skills from EE classes,” Feng said. “A lot of the design and approach to undertaking problems in the EE labs definitely helped with my thought process when doing external projects.”

Feng will meet with the Seattle Police Department in April to share his analysis. Following graduation in June 2015, Feng plans to work in the data industry.