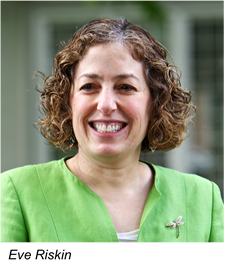 In a new study, women scientists and engineers who successfully transitioned from industry careers to university faculty were interviewed to learn more about their experience with a new approach to recruiting women in academia, called “on-ramping.” Rather than the current practice of recruiting women from other universities, “on-ramping” strategies may increase the entire pool of women in academia.

The paper, co-authored by EE Professor and Associate Dean for Diversity and Access Eve Riskin, gathered insight from 10 females with Ph.D.'s in engineering who were interested in transitioning from careers in industry to academia. The interviewees all participated in workshops called “On-Ramps into Academia” held during a four-year time span, which offered a new approach to increasing women in the science, technology, engineering and math fields.

The two-day workshops provided women who were interested in a career move into academia with practical tools and support including the job application, interview process, funding and advice for how to be successful during the first years in academia. Attendees also had an opportunity to network with speakers and their cohorts.