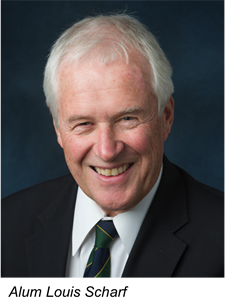 “I was caught up in the generation of young people following the Sputnik launch. We were swept into mathematics, science, and engineering in the early days of the space race,” Scharf said.

Scharf is one of six UW engineering alums to be honored with a UW College of Engineering Diamond Award. Scharf is recognized specifically for distinguished achievements in academia.

“I was surprised and gratified,” Scharf said about receiving the award. “The UW is where I was educated, so this does have a special significance.”

Born and raised in Longview, Washington, Scharf moved to Seattle in 1960 to attend UW, where he earned his B.S, M.S, and Ph.D. degrees in Electrical Engineering. He first became interested in signal processing after taking courses in detection and estimation theory from his Ph.D. advisor, Dean Lytle.

“I was captivated by signal processing and communication theory and Professor Lytle encouraged my interest,” Scharf said. 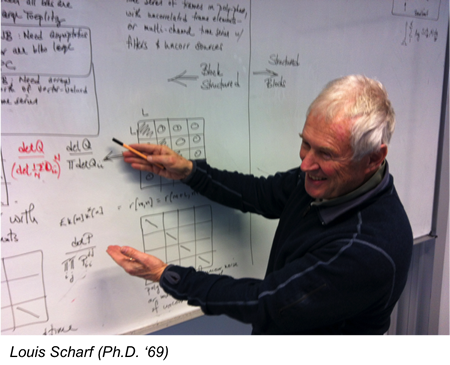 The secret to his success, Scharf says, is his collaboration with students and colleagues, totaling more than 150 from 25 different countries. He has strived to place his research in the context of technologies that are addressed to topical engineering problems.

Scharf’s advice to students is to address problems at their most fundamental level, abstract them into a framework that illuminates their essence, and solve them. In other words, solve problems the way engineers solve problems.