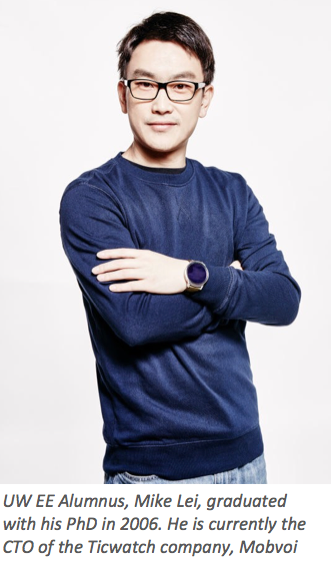 Within ten minutes of opening their Kickstarter campaign for their newest invention – The Ticwatch 2, Mobvoi had already surpassed their $50,000 funding goal. Currently, The Ticwatch 2 had raised over $550,000, more than 11 times their original goal.

Although it appears born out of the talented stock of tech products in Silicon Valley, Ticwatch is different. The genesis of Ticwatch occurred nearly 6,000 miles from Silicon Valley in Beijing, China.

“The core of Android Wear is Google's VoiceSearch, which is blocked in China,” Lei explained about the necessity for an exclusive smartwatch in the Chinese market. “The most popular smartwatch, Moto360, couldn't be used without VPN in China. Therefore, we decided to develop an operating system, Ticwear, for smartwatches in China. In the early days, we flashed our Ticwear system on Moto360 and interacted with users on a weekly basis. For better user experience, we realized we needed to be in charge of the hardware, so we decided to build our own smartwatch, Ticwatch.”

Two years ago, TechCrunch raved about the product, lamenting that the American market could not utilize the device because of its Chinese language interface. However, because of the success of Ticwatch in China, Lei and the executive team decided to create a product for the American market.

“It [Ticwatch] was the best selling Android based smartwatch in China. Our work on smartwatch OS was noticed by the Google Android Wear team, and we formed a strategic collaboration to launch the Android Wear China version with Mobvoi's VoiceSearch technology. Google then invested in us for next series funding.”

This VoiceSearch technology that impressed Google is a passion of Lei’s. During his time at the University of Washington, Lei focused his PhD in EE on acoustic modeling of Mandarin speech recognition under Professor Mari Ostendorf, directly utilizing this expertise in the development of Ticwatch. 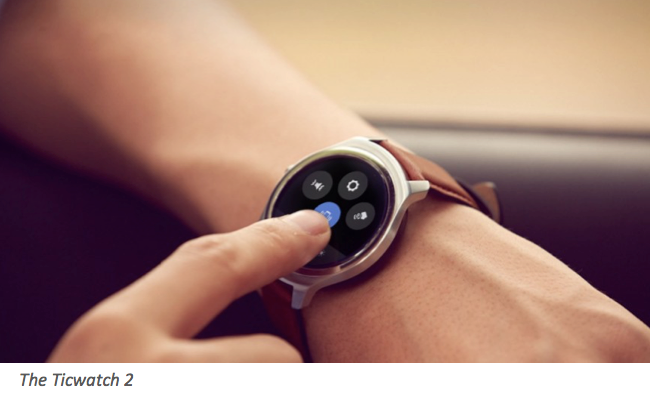 On August 25, the Kickstarter campaign will end for Mobvoi. However, for Lei and his team, Ticwatch is just the beginning. What began as a passion for smart, unique design will develop into the next generation of voice technology software and AI.

“We will continue to improve the AI technologies on the Ticwatch, including speech recognition and natural language processing,” Lei said. “Ticwatch is one platform to deliver our speech interaction experience to users. As an AI company, we are also looking at other platforms, such as smartmirror in the car and home robots. Our next software hardware integrated product Ticmirror is launching in late September in China.”

For now, Lei is excited about the opportunity to expand Ticwatch to a larger market and introduce the top speech interaction software to users.

“Ticwatch is our first software hardware integrated product,” Lei said. “With a relatively small team, we designed and built the hardware, developed the operating system, and integrated our AI technologies in the product. It is a huge challenge to put every piece together, and I am most excited about bringing the best speech interaction experience to the Ticwatch users.”