What better place to show off one’s research than at a gala event with other researchers, engineers and entrepreneurs in attendance? Two Electrical Engineering students gave demos of their work at the IEEE Seattle 110th Anniversary Gala event on October 19 at the Pacific Science Center.

“Demonstrating technologies to industry and engineers is incredibly rewarding, as I am given technical insight and feedback that helps shape the forward direction of my ongoing research,” Herron said.

“I observed great interest among the attendees, as they gathered around the haptics telerobotics and android-platform controller for deep brain stimulation demonstrations,” Professor Howard J. Chizeck said. “I am fortunate to have such great students.” 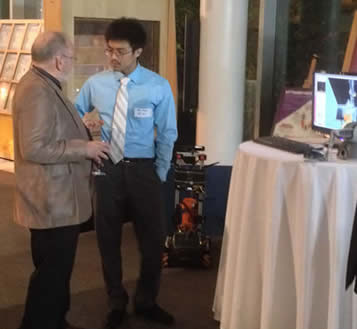 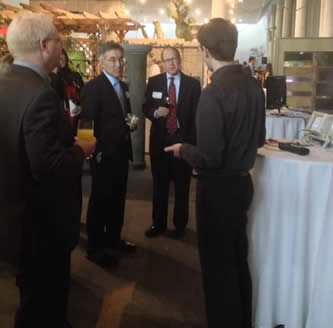