“This award recognizes the achievement of deep learning and the science of big data in industry-scale tasks such as speech recognition that took place in our Northwest region in recent years,” said Deng, who accepted the award at the IEEE Seattle 110th Anniversary Gala on October 19. 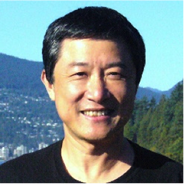 In 2009, Deng worked with Professor Geoffrey Hinton to pioneer the application of deep neural network and other deep learning methods to speech analysis and recognition. They discovered that deep learning produces significantly better results than then-prevailing statistical methods.

“Since then, with rapidly growing amounts of data to support learning of bigger and bigger models, deep learning took off in industry as well as in academia like wildfire,” Deng said. “The landscape of speech recognition and related fields has been undergoing fundamental changes.”

Deng was the recipient of the 2013 IEEE SPS Best Paper Award, Microsoft Goldstar Awards and Technology Transfer Awards. He has published more than 300 papers in leading journals and conferences and authored or co-authored five books. He is a Fellow of the Acoustical Society of America, a Fellow of IEEE and a Fellow of the International Speech Communication Association. He has been granted more than 70 U.S. or international patents in acoustics/audio, speech/language technology, large-scale data analysis and machine learning.